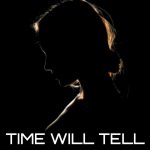 Standing in my long beautiful gown in our Main hall, everybody in the hall looks so beautiful, girls in their pretty dresses with long sleeves the view is actually great and also the slow music allover the hall is beating hard our souls.

Everybody clapped their hands when our Master of the ceremony approached the stage with the microphone.

“Tell me please is there any other word beyond beautiful?? Girls you look extremely pretty tonight, choosing a Queen among you will not be easy”

Am Bella by the way just Isabella Anderson, am 24, kinda tall , brown something like that.

Our college chooses the king and Queen yearly, and tonight we were all waiting full of curiosity of the new king and Queen except these two girls beside me.

“I wonder who else is expecting to be the Queen Bella, the throne is yours trust me” Kate added.

They are my two crazy friends, I like them actually, they’re cool and kind.

Few steps away from where we were standing, Amelia the girl who is about to Hand over the throne to the new Queen was with her crew. Can I say cruel? She’s beyond being cruel, ever since I stepped in this college she never felt secured I think.

There she comes approaching us.

“Ooh Bella!! Don’t tell me you are expecting to be the Queen Tonight? Everybody in this hall knows well who the Queen is, I’ve been carrying this throne for three years dear, it’s not that easy to get it, I’ll be the Queen and Noah will be my king”

Amelia is a beautiful girl actually, but her rudeness is something else. That Noah was a guy in the college whom every girl admires, Amelia loved him but he rejected her many times. The main source of her hatred towards me, i guess was because boys in our college adores me. but the thing is i reject each of them due to my reasons, that makes them wonder why  i don’t like getting in relationships at my age, but only my heart can tell.

Few minutes later The master of the ceremony welcomes Mrs Mariah on the stage to announce the names of the King and the Queen as everyone stays quiet and silence beats the hall .that time while waiting for her to finish unfolding the paper where the names were written.

Noah Williams was announced as the King as the girls including Amelia shouted at the same time happily, as he climbs up on the stage as all our school leaders congratulates him.

While Mrs Mariah was about to anounce the Queen, Amelia was approaching the stage even before she hear her name, I thought she was the Queen too,  but I was surprised to hear Mrs Mariah calling my name as the Queen.

Everybody’s excited eyes turned on me clapping happily, as I noticed Anger in Amelia’s face and tears flowing her cheeks, Marlyn and Kate took my arms and takes me to the stage.

Happiness is what I was reading in everybody’s face, so Amelia approached me to hand over the crown.

“You’ll regret this day Bella mark my words” is what she whispered to me while putting the crown on my head, but am just used to her, she’s mad.

Noah approached me as photos were being captured it was so amazing. seeing people being happy for your achievement is the best feeling ever.

The girl I’ve been waiting for is now in my territory” Noah whispered.

I wasn’t catching the meaning of his words actually, i thought he was joking may be plus the fact that i was being insecure with how he was touching me, I didn’t respond.

After the ceremony me Marlyn and Kate were heading towards our room as someone came running after us, calling my name. And i noticed it was Noah.

“Bella love how can you go like that?” He asked being serious

The way he added love to my name proved that the guy was serious this time and that he wasn’t joking while we were on the stage too.

Marlyn and Kate gave us some privacy as Noah seemed confused .

“Bella why are you acting like this?how? You just left leaving me there without telling me, you didn’t want me to escort you here?You’re just pretending like nothing happened bella.!!

“And what happened Noah? Is there something new I need to know? I mean you’ve been acting weird since we were on the stage I don’t know actually,  what was that?”

“God!!!… Bella are you being serious now?? Acting how? am I not allowed to hold my girlfriend the way I want?

And this killed me, this guy was being serious, i first thought he was drunk. The look I gave him right after he said girlfriend gave him the answer of what I was thinking right that time.

Bella??? You don’t know? Who doesn’t know that the chosen king and Queen must be lovers Bella? Did you forget that?”

He was  seriously talking now, he looks like someone who was claiming for his rights.

” Look Noah am sorry to say this but that’s nonsense, me being the Queen and you the king means nothing we’re just representatives of our colleges that’s all.”

Right time Amelia appeared out of the blur angrily she started to pull my hair as Noah pulled her towards him.

Amelia are you out of your mind? He asked

You’re such a rat Bella, so this is all what you needed for the very first time huh? You took my crown and now you want to take Noah from me? She shouted

One of the things I hated was Amelia’s Madness, whenever she attached me I never responded back because she’s just crazy, so I left them immediately and headed towards my room.

Marlyn and Kate were waiting for me, they seem to be waiting for some good news from somewhere I didn’t know, basing on how they were looking at me.

What’s with you guys? I asked

Come on Bella, don’t tell me that it’s the same story again? Kate asked looking at me

You’re just insane guys I told you right? Am not interested in any of those. I said throwing my self in the bed

Bella..!!!!, Marlyn said slowly approaching my Bed. “that’s not an answer, we’ve been hearing that from you since long.  you have a good reason behind rejecting every guy who approaches you, but the thing is sometimes we wonder why you’ve been hiding this even to us your friends… Are we bad friends??”

Marlyn and Kate are good friends, I didn’t even mean to hide this but I thought it wasn’t the right time to do so.

Getting up from the bed, they were all looking me with worried eyes, waiting for me to say something.

SharePART 3 In the morning Jenny […]

Interesting story😋 drop the other part

Scholarship In Australia 2023,Adelaide Institute Of Business And Technology