Bella we have enough time to hear that story, because atleast we can get answers to our questions Kate concluded as her and Marlyn’s eyes were still on me

“We live in a society where keeping your problems by yourself sometimes become a good choice.
Am a girl full of confusions, I actually don’t know where days are taking me but thank God i have friends like you who atleast make me forget whatever I might be going through that’s a blessing too.
Kate, Marlyn you are not bad friends actually, you’re even beyond being my best friends because we’ve been through a lot together, but guys, there are things that happen to us which are far beyond our imaginations.
When I was 19 years old I met a guy.
Saying I met guy it’s now a common story every where right? Everyone meet people daily that’s usual but something might be different according to the uniqueness in who you met, to the extent you always recall that day and place you met that person. That’s because that person has something everyone else hasn’t.
It’s not even easy to learn someone I mean the real that person not the one he shows the society, his good and bad side mainly the bad side is the one people hide because everyone wishes to be introduced as good right?
I was even too young to notice goodness in people but that guy was something else.
I don’t even know how to say this but he was really kind, cool, he was nice actually. He had some goodness in him.
we met in the wedding of a friend, he was among the Main guests there, I heard people talking about him that he was a young rich guy, but looking at him you couldn’t tell it’s true because he looked simple.

we didn’t talk much that day he only approached me while my purse fell down to give me a hand, and said Hi!!

later on after some time we met again in the plane while I was coming here to study and he was coming in his businesses too. he recognized me and said hi, we started the conversation there.
This really do happen, to meet someone whom you have much in common, he understands you more, and you get along so easily.
We both shared stories the whole journey, he told me more about him, I can say our bond started there. Before we part ways at the airport he told me that I can be good friend everyone can wish for, and he asked if we could be just friends.

He was a friend you can’t get tired of, he called me every single day not only having something to say but also even checking up on me he was really a good friend.

Have you ever had fear of loosing a precious friend? Or Think of how may be life would be if that person is nolonger in your life? He was a good friend to the extent when I got those thoughts i cried.

we became lovers when I was 22 two years ago, as he showered his love to me, life was really sweet that time.
Having him as a best friend who is lover at the same time was among best moments of my life. Mom even used to be like when are you guys getting married? Am afraid something might separate you before you do so.
I agreed with Mom to that point, because me also my biggest fear was thinking us parting ways.
So we agreed that after finishing my studies, marriage will immediately occur.
He used to tell me about his recent relationships he had which didn’t work due to lies they fed him things like that.
Some days he would be like i’ve been praying for my future life partner, the one who has some uniqueness within her and it seems God is answering my prayers now.

Marlyn and Kate are not even moving a bit they seem so interested, they look like they’re watching an emotional movie I even forget were i stopped just because of looking at how they’re posing in front of me they look funny.

Then?! Kate said smiling, tell me we are going to be bride maids soon Bella? This is your last year in college,.. God i can’t wait

Bella go on, why are you quiet? You’re sounding like something happened at the end. Marlyn concluded.

Before I proceed with the story, we heard something outside at our door, so we rushed to see what was it, that’s when I Heard footsteps running before we reached the door. Who was eavesdropping us this time? We asked ourselves. But while opening the door I smelled someone’s perfume and yes of course nobody else’s but Amelia’s. She’s been standing there I guess, I wonder what she’s planning now.

That devil Queen got nothing else to do I guess? Kate said

What else can she do, except running after people who doesn’t even care about her, first Noah then you Bella. Marlyn added

Amelia is mad I just mad don’t mind her

Yeah seriously, not until you finish the story for us!! Tell us everything, I mean that guy where is he now? Show us the photos too. Things are getting interesting keep telling us. Marlyn said approaching to where I was sitting.

I noticed Bella’s face changing right after my words, she is looking like she has nothing more interesting left to say, instead something sad, she was staring down her cup of tea silently and sadly, my heart is telling me to ask but I can tell by looking at her. (Marlyn)

I once realised that nobody knows about what yesterday is keeping.

once happiness hugs you, you never recall painfull moments you once had, you just enjoy the present moments and say Life Is good
But trust me once pain hugs you, you recall every single happiness that once hugged you.

A message woke up one early morning, it was from Leon he’s called Leon warren by the way I forgot to tell you.
He texted me every single morning wishing a good day to me, reminding me how much he loved me, it was like an alarm that wakes me every morning.
But that morning things were different, He texted me six words!! Just six
Telling me ” Bella Will you wait for me??”

It was actually English but guys I wasn’t catching the meaning of what he was trying to say, waiting him? I wasn’t getting it, So I dialed his number that instant to ask him but unlucky me it wasn’t on line.

Am kinda strong you know, I wasn’t before, but i learnt it after waiting the whole year someone without knowing where he is , blaming myself thousands mistakes but on the other side my heart believed that Leon isn’t a bad person to leave me just like that may be he has some good reasons you can just take a look of how happy we were guys

(showing them some pictures of her with Leon in her phone)

Kate’s POV ” Bella is not only strong but stronger, the whole time we’ve been together she didn’t reveal this pain, she’s a girl always good vibes, I wonder why people dare hurt good people? Seeing Bella crying made my eyes be filled with tears too, I can tell the pain inside her, looking at these pictures of them, looking good together, laughing happily I wonder why would Leon did this actually…

It’s been a year now Marlyn, I tried talking to some of his friends but I didn’t reach them too, My mom was the second person to get hurt, she told me that if Leon was liar nobody faithfull left in this world.

I tried to remember all the words I said to him to recall if may be I once mistakenly say bad things to him, but what I remembered is that I was always cautious towards him. I’ve always returned goodness he gave me,
But guys trust me with this I never even once believed that The Leon I know can’t just hurt me this way, I do believe something serious happened
And yes am waiting for him the way he asked till today.
I always pray, I never ceased to forget him in my everyday prayers
I don’t know if it’ll take 2 or more years but I’ll wait. i always text his number telling him that i’ll will wait for him no matter what.

An incoming call in Bella’s phone awakes us because we were all gone in mind, so i checked it for her because she wasn’t in the mood of accepting any call, I hanged it up without even looking the name of the caller.
silence is what we needed that time, we needed to comfort Bella and tell her everything is okay, she needed us this time, she needed a shoulder to cry on. But then the phone ringed again, angrily I picked it up to tell that person to call later.
Opening my mouth to scream at the caller angrily, a quiet man’s voice on the phone said

The way it was Quieter makes me forget about screaming but looking who was it.

Can I say a miracle?
Or may be I was imagining things. But the name Leon was written on the number.
Looking in the phone and saying Leon made Bella immediately take it from me to check it,
With so much excitement eyes plus Happiness on her face Bella stood up not believing her eyes
And called Leon by name just making sure the voice is Leon’s 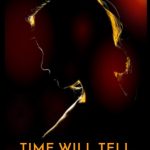 ShareIn this life, we meet with […]

Scholarship In Australia 2023,Adelaide Institute Of Business And Technology